The first time you see a box of nag champa you probably wouldn't look twice at it. The packaging is plain and lacks the fancy artwork seen on most other brands. But you don't buy incense for the packaging... Make no mistake - Satya Nag Champa is the most popular incense in the world. Many people burn nothing but Satya Nag Champa.

To make matters even more confusing, most incense retailers have no idea that the original Shrinivas company has been split in two. Most retailers in Australia are selling the new Mumbai nag champa, calling it "original" and "authentic" without even realising that what they are really selling is an imposter.

We've tried it... It isn't as good and we will stick with the true authentic original Satya Nag Champa. 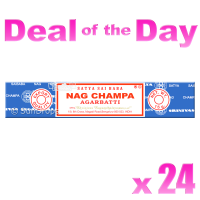 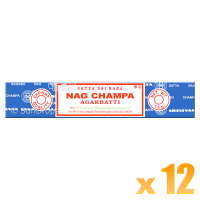